I’ve been spending a lot of  time recently data mining our test suite at Songkick.com. I’ve been using our own internal version of www.limited-red.com which records all our test fails for every build on our continuous integration server.

So I wrote a simple script checking the number of commits to each feature file. 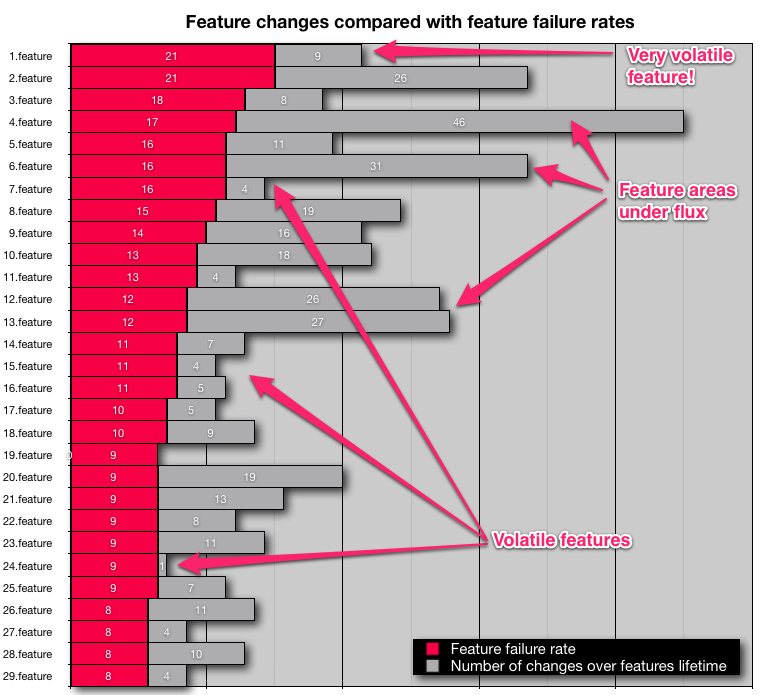 Based on this I identified two possible groups of features:

Holes in the data – step definitions

First find the change count for all the step definitions.

Combining those two bits of data we can now add to our original graph the step definition change rates for a feature. 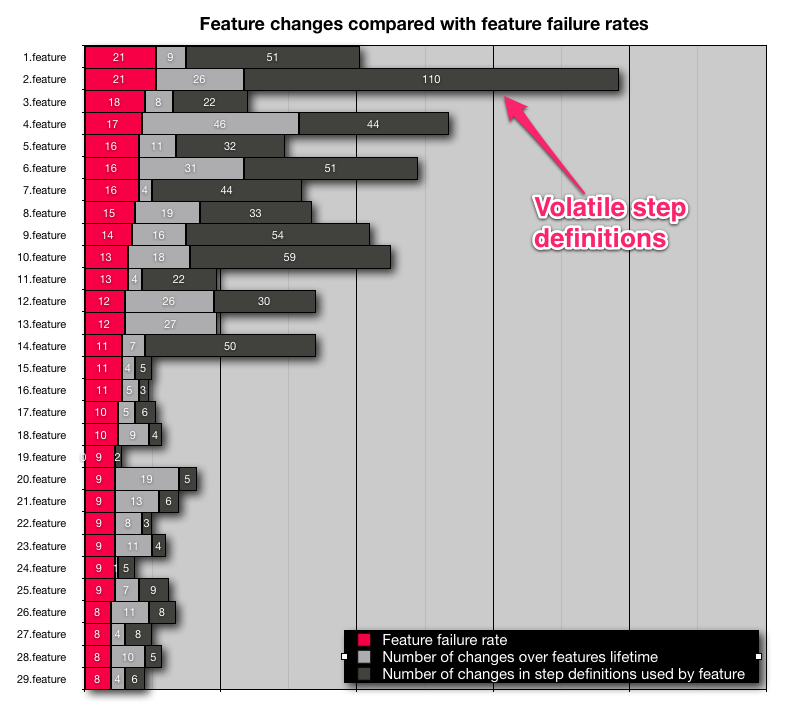 We also can examine an individual break down of the step definition change rates for a feature:

Our tests hide lots of interesting information that can provide evidence of areas we can make improvements. It’s important to realise that like anything in statistics our data mining does not yield facts, just suggestions. At Songkick we are already mining this information with Cucumber and using it to help improve and learn about our tests.