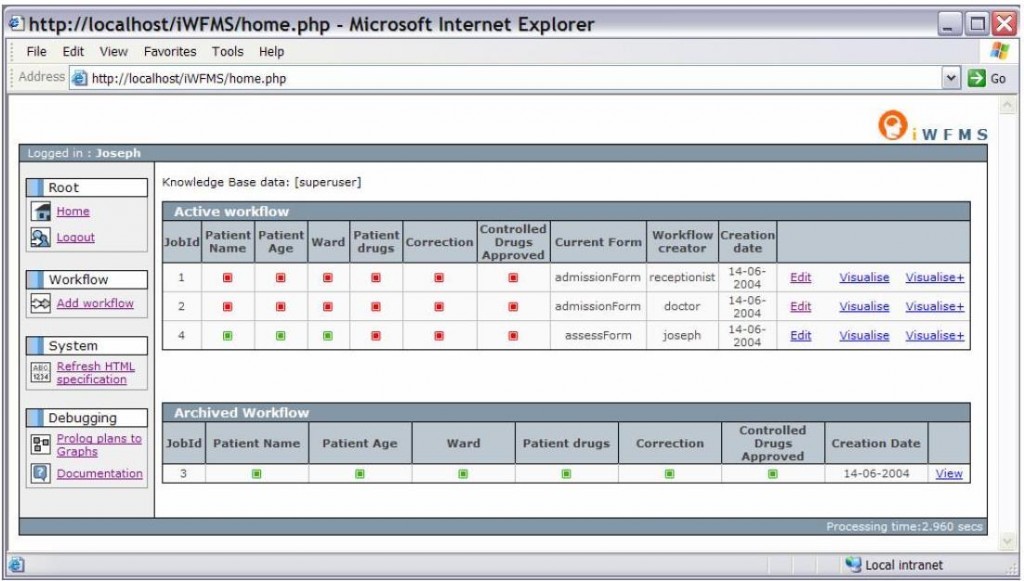 The development of the Workflow Management System with AI uncovered interesting issues in modelling situations in the Event Calculus and the problems that need to be overcome to use AI with workflow. The problems and solutions developed in the project cover a wide spectrum of domains, looking at logic programming, server-side languages and getting the two to talk to each other. Areas covered include such interesting topics as typing of HTML to new frameworks for Prolog running as CGI.