Overtone is an open source audio environment which uses Clojure and SuperCollider (an environment and programming language for real time audio synthesis and algorithmic composition).

Overtone makes it very easy to define instruments based on sound samples from freesound. We will walk through getting samples for a flute and then using them to define the flute instrument in Overtone. 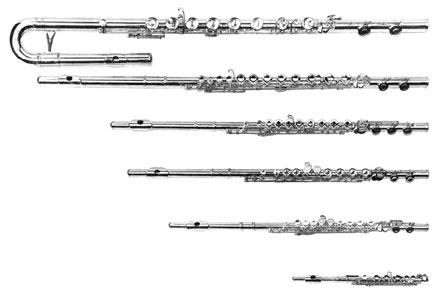 Firstly we need to manually grab all the IDs from freesound. Sounds are often grouped into packs making this a little less painful.

We will be using the “Transverse Flute: Tenuto Vibrato C4-C7” pack.

A little Ruby script I use to produce a map of freesound ids to notes (which are usually in the filename of the sample):

Adding these to our Clojure code we have a Freesound ID to note mapping:

These samples are cached in the asset store (usually ~/.overtone/assets) so we don’t have to keep downloading them. We define a cache key for our downloaded samples.

Load all the samples into Overtone. This will automatically download the samples if they are not already present.

In order to play the samples we need to produce a mapping between the buffer that has the sound loaded and the midi pitch that buffer relates to.

First we convert a freesound-id into a midi note (pitch)

Now we can generate the buffer id to midi note map.

And we use this to set the buffers:

Now we have all our samples we define a instrument in Overtone using definst:

This allows us to specify a (huge) number of options on how our samples are played.

There is quite a lot going on here. Lets focus on the configuration that effects how our sound samples are played.

An envelope generator (mapping to function env-gen) makes an audio signal that smoothly rises and falls. We are taking the recording of the real flute instrument as a digitized waveform, and then playing back its recordings at different speeds to produce different tones.

The most common form of envelope generator and the one we are using here is ADSR: 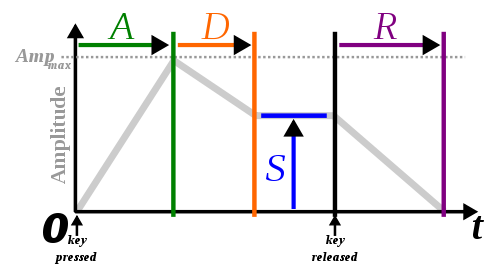 There are a number of other config settings in our example:

Look to the SuperCollider documentation on UGENs if you want to see all possible configuration options. Overtone is really a wrapper around the extremely powerful SuperCollider.

Finally we can start to play music in overtone using our flute:

The Code in Full

Defining an instrument in Overtone: